Thanks for attending the Icon Film Distribution presentation

Thanks for attending the Icon Film Distribution presentation 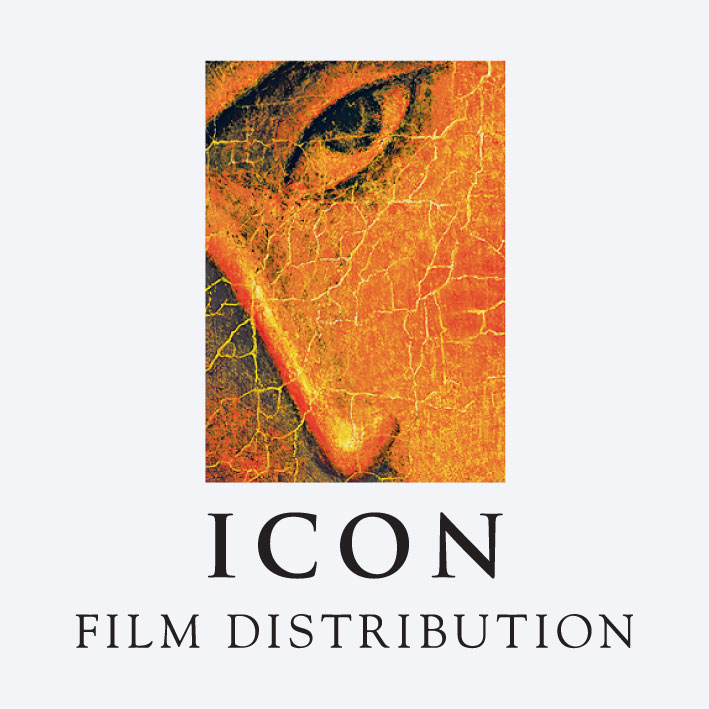 THANK YOU FOR ATTENDING THE ICON FILM PRESENTATION

Here are some highlights from our upcoming titles for 2019-2020 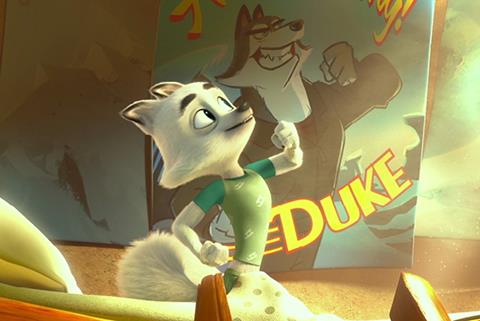 Swifty, the Arctic fox works in the mail room of the Arctic Blast Delivery Service but dreams of one day becoming a Top Dog (the Arctic’s star husky couriers). To prove himself worthy, Swifty secretly commandeers one of the sleds and delivers a package to a mysterious location. He stumbles upon a secret fortress where he comes face to face with Otto Von Walrus, a blubbery evil genius who walks around on mechanical legs and commands a loyal army of oddly polite puffin henchmen. Swifty soon discovers Von Walrus’ plan to melt the polar ice caps and flood the world in order to reign supreme. Now, Swifty has to enlist the help of his friends: A ragtag group of Arctic misfits to band together to stop Von Walrus’ sinister plans and save the day. 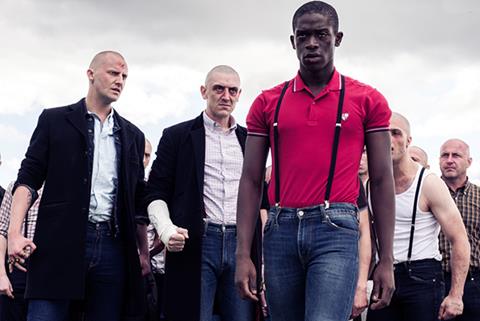 FARMING follows a young Nigerian boy as he is drawn into the warped world of a racist skinhead gang in 1980’s England. Enitan (Damson Idris) is  a young boy “farmed out” by his parents to a white British family in the hope of giving him a better future. Caught between two worlds and belonging to neither, Enitan’s need for love and acceptance is exploited by the adults in his life, transforming a sweet boy into a teenage menace. 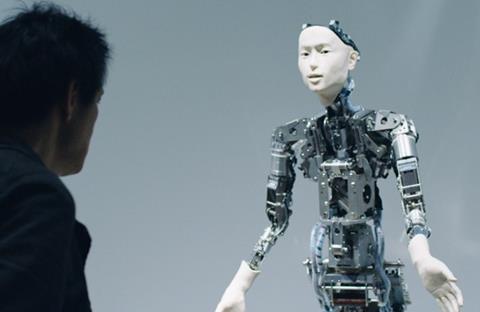 Machine is a ground-breaking documentary covering a diverse range of social and ethical questions on the integration of A.I. into our current world, and the endless possibilities for our future.

This feature length documentary explores the life and death programming involved in AI warfare and driverless vehicles, to the creation of complex mental health apps, and eerily lifelike robotics designed for business and pleasure.  This documentary will challenge your thinking, leaving you with more questions than answers. 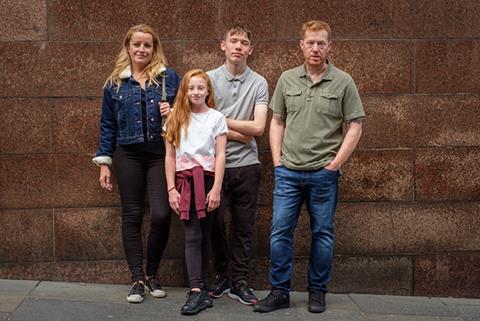 SORRY WE MISSED YOU

From legendary director Ken Loach, SORRY WE MISSED YOU tells the story of Ricky and his family who have been fighting an uphill struggle against debt since the 2008 financial crash. An opportunity to wrestle back some independence appears with a shiny new van and the chance to run a franchise as a self-employed delivery driver. It’s hard work, and his wife’s job as a carer is no easier. The family unit is strong but when both are pulled in different directions everything comes to breaking point. 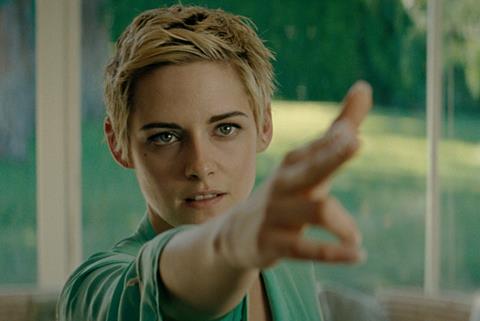 SEBERG tells the story of French New Wave darling and Breathless star, Jean Seberg (Kristen Stewart), who in the late 1960’s was targeted by the illegal FBI surveillance program COINTELPRO. Seberg’s political and romantic involvement with civil rights activist Hakim Jamal (Anthony Mackie) made her a target of the FBI’s ruthless attempts to disrupt, discredit and expose the Black Power movement. An ambitious young FBI agent, Jack Solomon (Jack O’Connell), is assigned to watch her, only to find her fate dangerously interwoven with his own. 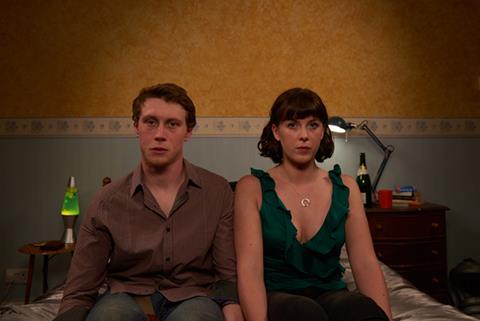 A GUIDE TO SECOND DATE SEX

Laura (Alexandra Roach)and Ryan (George MacKay)are perfect for each other: they both love Meryl Streep, have been totally destroyed by previous relationships, and they have no idea what they are supposed to do tonight. They also both know that they’ll have to pretend to be completely different to how they’ve ever been previously, in the hope of getting it right this time. How bad can a second date really go and what is there to lose? Ryan and Laura are about to find out. 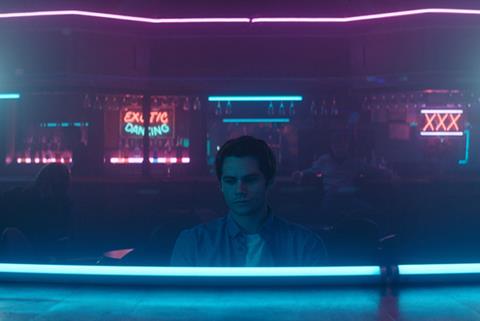 THE EDUCATION OF FREDERICK FITZELL

Fred (Dylan O’Brien)is not a detective, a secret agent or a philosopher. He’s a normal guy approaching 30 and going through an existential crisis as he finds himself on the precipice of full-blown adulthood. Should Fred commit to his long-term girlfriend? After a chance encounter with a man forgotten from his youth, Fred literally and metaphorically journeys into his past. He slowly begins to unravel a long-hidden mystery about a missing girl, a drug called Mercury, and a terrifying creature that has now followed him into adulthood. As past, present, and future begin to intersect and parallel each other, Fred explores all the possible lives he could lead. Which one will he choose? 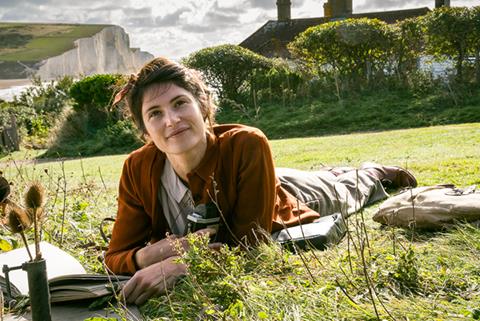 Fiercely independent writer Alice (Gemma Arterton)secludes herself in her study: occupied by her work but also profoundly lonely, haunted by a love affair from her past. When spirited young Frank, an evacuee from the London Blitz, is dumped into her care, his innocence and wonder awaken Alice’s deeply buried emotions. Alice learns that wounds may be healed, hope and second chances do exist, and any woman must defiantly be who and what she wants. From Britain’s Olivier Award winning writer/director Jessica Swale, Summerland inspires with daringly honest and contemporary themes – an intensely emotional journey of womanhood and self-discovery, love and friendship. 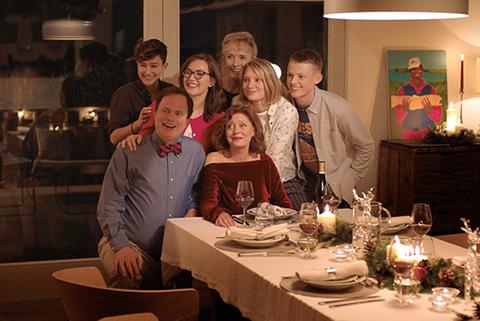 Lily (Susan Sarandon)is terminally ill. Having considered her remaining options, and with the support of her husband Paul (Sam Neill), she has decided to end her life on her own terms. Lily and Paul summon their loved ones to their country house for one final gathering. Tensions quickly boil over between her two daughters (Kate Winslet and Mia Wasikowska), whose long-standing unresolved conflicts come surging to the surface and threaten to derail what was intended to be a peaceful collective farewell. 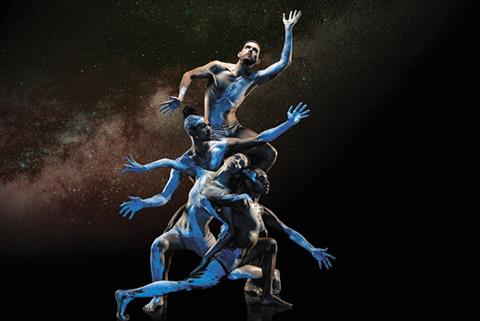 FIRESTARTER: THE STORY OF BANGARRA

From its early beginnings in the late 1980s, through the politically tumultuous 90s and into the new millennium, Bangarra Dance Theatre has grown to be one of the nation’s most revered cultural institutions, and a globally recognised powerhouse. With a distinctive theatrical voice and utterly inimitable soundscapes, music and design, Bangarra’s unique signature style also encompasses authentic storytelling, outstanding technique and deeply moving performances. Tracking the pivotal year approaching its 30th Anniversary, Firestarter tells the story of the Bangarra Dance Theatre through the eyes of their long standing and charismatic artistic director, Stephen Page. 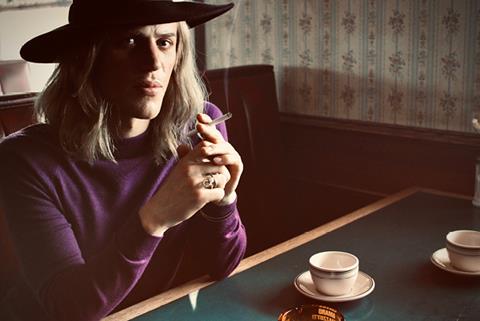 One of the greatest icons in music history, but who was the young man behind the many faces? In 1971, a 24 year old David Bowie (Johnny Flynn)embarks on his first road trip to America with struggling publicist Ron Oberman (Mark Maron), only to be met with a world not yet ready for him. STARDUST offers a glimpse behind the curtain of the moments that inspired the creation of Bowie’s first and most memorable alter ego Ziggy Stardust, capturing the turning point that cemented his career as one of the world’s greatest cultural icons. 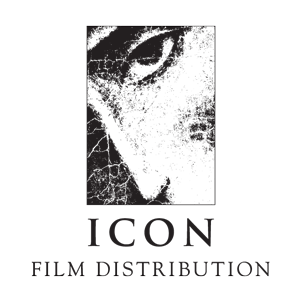